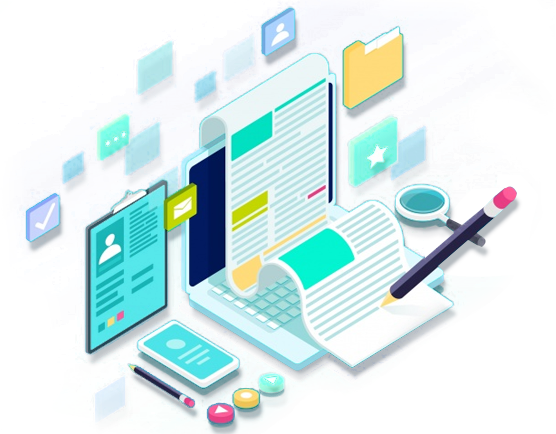 With the proliferation of new design techniques, the seemingly new terms such as AR, VR and AMP have started to sound old. According to experts, the next generation is set to witness the surge of unfathomable technological advances primarily in the design sector. Being one of the most responsible KPO companies in Kolkata, we at MET Technologies keep tabs on the latest trends in the market. The following are the five most fascinating web design trends of 2019.

While both serifs and sans serifs have been confined to the traditional print format, modern web design is gradually incorporating serifs in more ways than one. Primarily, serifs were designed to aid decorative exploits. Consequently, their use in web design should not come as a surprise to the enlightened mind. Better late than never!

Serifs, while extant for a long time, are particularly noted for their bold strokes and classy wedges. So much so that some of the leading brands are using serifs to highlight their websites.

Subtlety is not confined to the written word alone. Graphic design is equally endeared to the same. Consequently, instead of overtly Fauvist impressions, modern websites are enthusiastically investing in black and white motifs.

It is important to note that minimalism is the hallmark of 21st century art. Starting from literature to painting, excess, sentimental or otherwise, has come to be frowned upon. Modern web design styles reflect the shift most transparently.

Generally speaking, web pages are earmarked for traditional grid-based designs. However, modern developers are turning towards natural shapes to create a more organic visual experience. Speaking of organic shapes, they are essentially imperfect which therefore serves to heighten the depth of composition.

Free-drawn lines best capture the spontaneity innate in humans. Organic shapes count on nature. The purpose of modern web design is to embrace the free-flowing shapes abounding in nature. Consequently, web pages are enlivened by a considerable extent, something hardly experimented with before.

What Manner Of Services Can You Expect From A Software Development Company?

Customer Service BPO Explained: Do You Even Need It?

Resilience is the Best Key For BPO companies

Exploring the Benefits of Outsourcing Business Processes to India